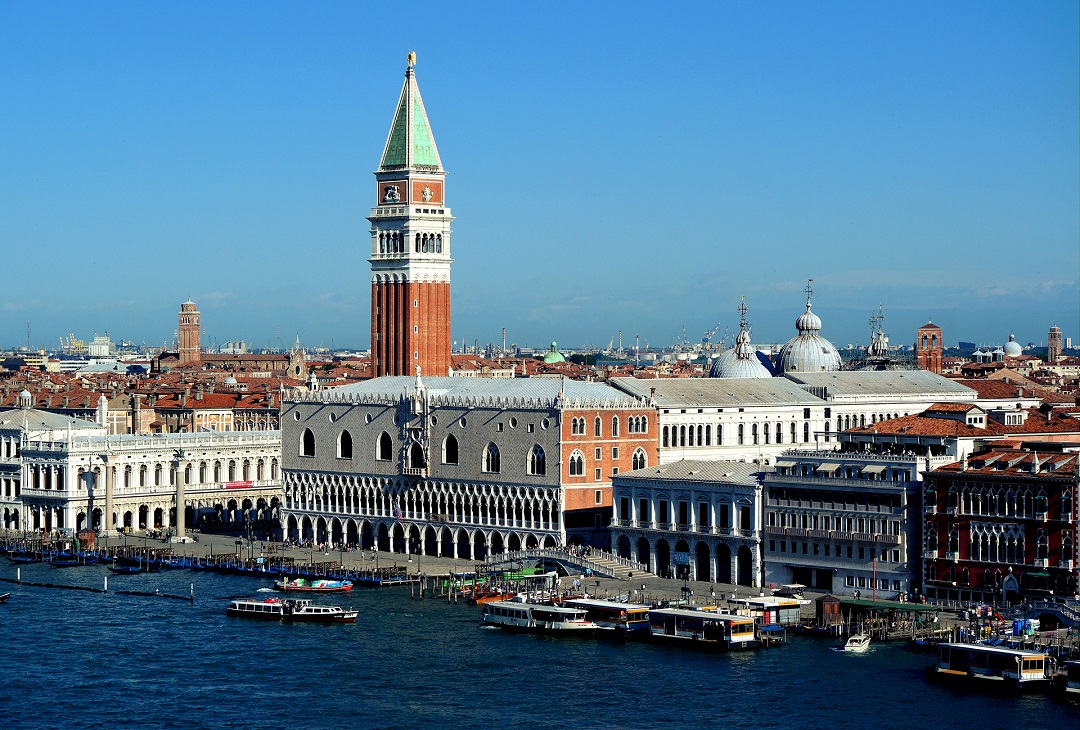 Many times we have heard this saying recited, more than ever true, since the history of the Serenissima Republic of Venice, one of the Maritime Republics of Italy, has been marked by the presence within them of iconic figures, which we still remember. Venice in the period from 797 AD in 1797 it was a cultural, commercial, religious and of course governmental center, which hosted illustrious people who have given and left much to contemporary civilization.

There are 25 saints who watch over Venice, but the most famous are San Teodoro d’Amasea and Saint Mark, the two patron saints of the city, to whom two columns are dedicated in Piazza San Marco, in front of the church of the same name.
The first, depicting a warrior who kills a dragon, is for San Teodoro, who according to the symbolism, fought the evil one (the dragon) as a martyr for having renounced making sacrifices to the Roman gods, professing instead the Christian religion.
The second, the Winged Lion, also called Leone Marciano, symbol of the city and of the Veneto Region, is the monument to Saint Mark, which is celebrated on April 25, whose remains are kept in Venice, brought back by the Venetian merchants, as it was evangelizer of the lagoon city.
It is depicted with a book, the Bible, with the phrase that was said to him by an angel in a dream: “Pax tibi Marce evaneglista meus”, or “Peace to you Mark Evangelist mine”. The lion represents strength, while the wings are those of the angel.

Culture is at home in Venice. The splendor of the city and of the Republic in general have attracted (and still do) writers, artists and poets. Poems, as well as comedies, were a way of narrating everyday life in Venice. Carlo Goldoni, a well-known writer and theater director, fits into this context, who in his plays recounted the events and personalities that have taken place in the city during his time.
Some examples are “Harlequin servant of two masters”, “The Gossip of Women”.
Venice in general was the home and home of numerous and illustrious writers of all ages, who chose it for a holiday or a business trip, with the aim of writing the works of which we can read the texts today.
Examples are Victor Luc’s “Lucrezia Borgia”, William Shakespeare’s “Othello”, George Gordon Byron’s “Marino Faliero, Doge of Venice”. Not only that, it was also a temporary venue for musicians and librettists, such as Mozart, who according to tradition here knew Lorenzo Da Ponte, librettist, who introduced him to Marzemino wine, from which the inspiration for “Don Giovanni” was born. In this work, “the excellent Marzemino” is mentioned. 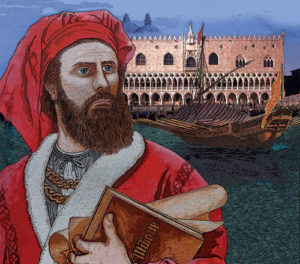 Venice was the home of one of the most famous navigators in the world, Marco Polo born in the city in 1254, who in his travels as a merchant visited many destinations in the Mediterranean, but above all China, becoming in 1275 even “messere” that is, envoy of the Gran Chinese Khan to visit the various areas of the Empire. In the book “Il Milione”, named in honor of his family’s nickname “Emilione”, written in 1298, following this trip he described the customs and customs of that distant country, also telling of the balance between the Asian empires. The original title was initially “De Merabilibus Mundi” (the Wonderful World) “in memory of what he had seen in lands far from his Venice.